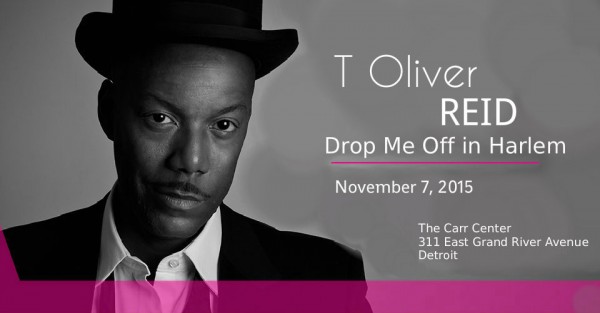 The singer and Broadway hoofer, T. Oliver Reid, will take Cabaret 313 audiences on a freewheeling ride to Harlem circa 1934 in his critically acclaimed, Bistro Award-winning show. Reid, whose most recent Broadway credit is “After Midnight,” captured the 2011 MAC Award for debut, 2012 MAC award for Male Vocalist, and the 2013 Bistro Award for Theme Show, while making a string of high-profile appearances at Feinstein’s, 54 Below, and The Appel Room at Jazz in Lincoln Center. Join Cabaret 313 45 minutes prior to show time for a complimentary reception to include beer/wine and hors d’oeuvres/desserts.