Cabaret 313 was born of the vision and passion of Sandi Reitelman and Allan Nachman, two Metro Detroiters who developed the idea and plan to bring professional cabaret to the city of Detroit. An intimate genre in which the singer tells a story through song, it evokes both laughter and tears and forges a connection between the artist and the listener. Their thought was that cabaret could build on the energy and vitality that was then being unleashed in this city with the resurgence of this art form in cities around the world, and with Detroit’s cultural renewal, both Allan and Sandi and numerous others believed the time had come to introduce cabaret to Detroit.

Cabaret 313 is dedicated to bringing the art form of cabaret to Detroit while supporting and enhancing the increasing energy and vibrancy in the city. As part of its mission, Cabaret 313 also fosters the growth of the art form through Master Class Educational Programming. 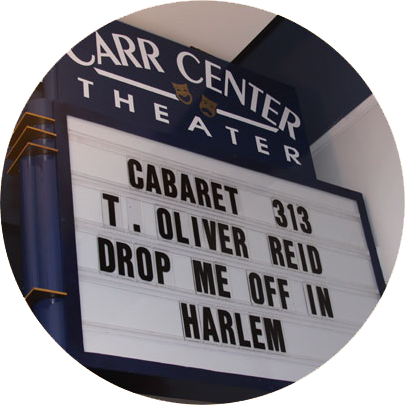 Inaugural soirées were held during the spring of 2013 in the private homes of several influential Detroit supporters. In lovely settings, guests were treated to the wonderful artistry of award-winning renowned performers Christine Andreas, Carole J. Bufford, and Louise Pitre.

With the success of these sold-out events, and with a bandwagon of supporters, during the fall of 2013, Cabaret 313 began to present cabaret experiences to the public, beginning with sold-out performances by Amanda McBroom, considered by some to be the “voice of her generation,” followed by another sold-out performance featuring the iconic German-born Ute Lemper. During the spring of 2014, Cabaret 313 hosted Broadway and TV star Norm Lewis, whose gorgeous baritone has been referred to as the most “beautiful voice on Broadway,” and saw the return of Carole Bufford, along with Scott Coulter and Elizabeth Stanley in a show called “Eleven O’Clock Numbers.”

In a special collaboration, the Detroit Symphony Orchestra and WDET, in partnership with Cabaret 313 also co-presented blues and jazz singer, Morgan James.

CABARET 313 BOARD OF DIRECTORS 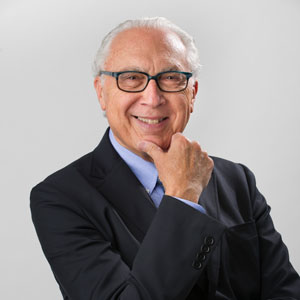 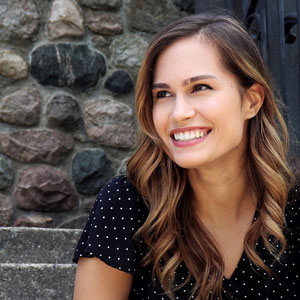 Sabrina Rosneck is the Executive Director for Cabaret 313 and a Marketing Associate for Detroit Chamber Winds & Strings and ArtOps, LLC. Rosneck manages Artistic Planning and Contracting, as well as oversees Ticketing, Marketing, Operations, and the day-to-day administration of Cabaret 313. A metro Detroit native, Rosneck completed her degree in Communication from Oakland University, and received a certificate in Broadcast Arts from Specs Howard School of Media Arts. Prior to her role at ArtOps, Rosneck volunteered with their clients for several years. 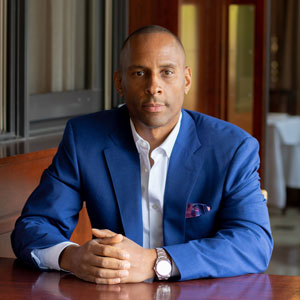 Barton Morris grew up on Bloomfield Hills graduating from Andover High School in 1987.
Thereafter he obtained degrees from Western Michigan University (1994, B.B.A.) and Michigan State University (1998, J.D.). Barton has been practicing law for over 20 years. He is currently the managing partner of the Law Office of Barton Morris. They currently have six attorneys that practice cannabis business law and criminal law.

Barton has been married to his wife, Bridjet, for nine years. They have three children Roman, Isabelle and Rocco. The family resides in Birmingham. 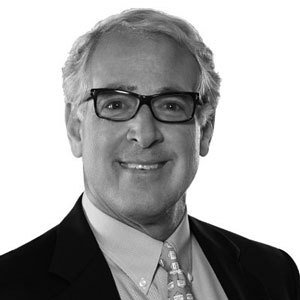 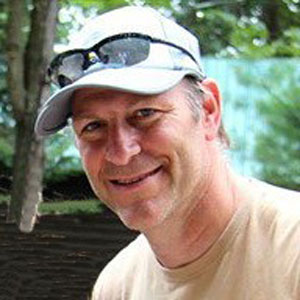 David Karp is a seasoned and successful entertainment and media executive. He has been instrumental in growing companies as both a deal maker and operator across a broad spectrum of the industry, including television, digital and out of home media and live music.

As Senior Vice President and General Manager for Discovery Networks, David launched, and oversaw all aspects of production, programming, development and marketing for, a group of cable television networks, including Science Channel and Military Channel. In that role, David significantly expanded Discovery’s subscriber base, viewership and revenue base. He also served as head of business development, in which role he spearheaded Discovery’s digital media expansion, launch of an animation and special effects studio, creation of touring exhibits and production of large format (IMAX) films.

After Discovery, David headed business development and legal affairs for SnagFilms (backed by Ted Leonsis), directing strategy and distribution of films across all digital platforms and devices. David later served as EVP of business development and general counsel for Gas Station TV (backed by Dan Gilbert). David was part of the senior team that grew the company’s footprint 20-fold in four years and forged a $160M merger to create one of the largest out-of-home video networks in the U.S.

David remains currently active as head of strategy and general counsel for On Stage Enterprises, a global live entertainment company that specializes in productions shows that pay tribute to the greatest performers and music across generations. On Stage operates “Legends in Concert”, the longest running production show on the Las Vegas strip, and other music tribute properties at year-round and seasonal locations across the U.S., on cruise ships and in overseas venues.

David is active in community service and philanthropy. He serves on the Board of the United Jewish Foundation, in leadership roles with the Jewish Federation of Metro Detroit, on the Leadership Council for American Friends of Magen David Adom, as Trustee of the Detroit Symphony Orchestra, and as a Board member of Cabaret 313. He and his family also support the Shoah Foundation, Detroit Holocaust Memorial Center, University of Michigan Health System and the Henry Ford Hospital System, among other charitable causes.
David and his wife Judy live in Birmingham. 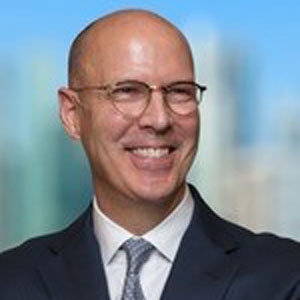 Edward A. Eickhoff is Chief Operating Officer for PFMG Development, LLC., a privately held real estate company and EVP Real Estate for Planet Fitness Michigan Group, one of the largest privately held Planet Fitness Franchisees. In his role as C.O.O. he is responsible for managing all facets of the company, including development, acquisition, leasing, construction, and overall operations of the business. As EVP of Real Estate, he is responsible for managing all the Company’s real estate, including club locations and administrative offices, and developing and executing a comprehensive strategy for sourcing and securing real estate for new clubs. Prior to joining PFMG Development, Mr. Eickhoff spent over 30 years at Ramco Gershenson Properties Trust, a premier national publicly traded real estate investment trust (REIT). During his tenure at Ramco Gershenson, Mr. Eickhoff held several executive level positions including Vice President of Leasing, Vice President Asset Management and finishing as Executive Vice President Development.

Throughout his career, Mr. Eickhoff has made volunteerism, especially government relations, a priority. At the national level, he has been on the International Council of Shopping Centers (ICSC) Economic Policy Subcommittee since January 2009 and has served as the chair since September of 2015. Additionally, in May 2017 he was appointed the ICSC Central Division Government Relations Chair and in May 2018 he was appointed to the ICSC PAC Board. At the state level, Mr. Eickhoff has been a member of the ICSC state committee since 1990 serving as State Director (1996-1997 and 2004-2006) and as Government Relations Chair (2013-2016). Mr. Eickhoff was awarded the ICSC William M. Sulzbacher Government Relations Award in November 2013 and the ICSC Distinguished Service Award in May 2018. Mr. Eickhoff is also Chairman of the Oakland University Economics Department Board of Advisors, Treasurer of the Michigan Commercial Real Estate PAC, Secretary/Treasurer of the Michigan Fitness Club Association, Treasurer of Cabaret 313, a member of the Urban Land Institute and a member of the Michigan Association of Planners.

Mr. Eickhoff is a graduate of Oakland University where he earned a Bachelor of Science degree in Economics. He maintains the Certified Retail Property Executive (CRX) and Certified Retail Leasing Specialist (CLS) designations with the International Council of Shopping Centers. 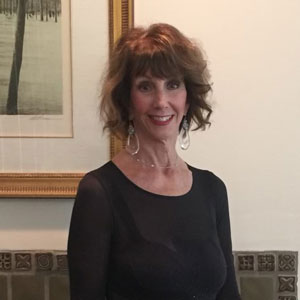 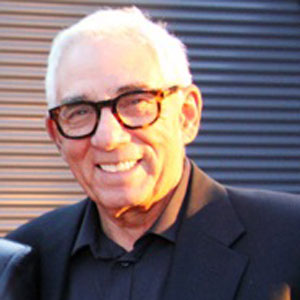 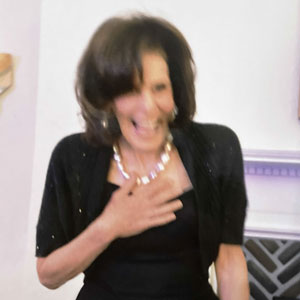 Is a psychologist in Birmingham, MI. Nachman is on the board of the Michigan Psychoanalytic Foundation, and has a long history with the National Council of Jewish Women as a Co-Chairwoman, and court appointed special advocate. She received her undergraduate training at University of Michigan, and her Master’s in Clinical Psychology at University of Detroit Mercy. Nachman is a mother of two and currently resides with her husband, Allan, in Bloomfield Hills. 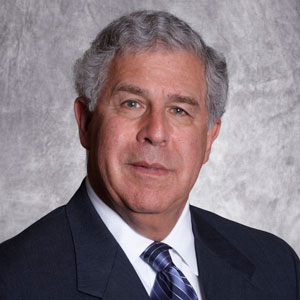 Mr. Bluth, a graduate of New York University, received his legal degree from Brooklyn Law School and his Master of Laws degree in Corporation Law from New York University. He currently serves on the Board of Trustees of the Detroit Historical Society, Citizens Research Council of Michigan, Eton Academy, and Cabaret 313. He is married to Nancy Bechek Bluth. 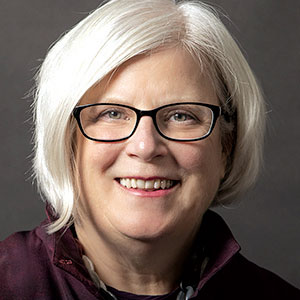 Mary Kramer joined Crain Communications in 1989 as editor of Crain’s Detroit Business. She went on to hold several senior roles, including Vice President/Group Publisher for Crain’s city publications in Chicago, Cleveland, Detroit and New York. In 2021, she became director of special projects for the company, tasked with new product development.

In January 2021, she became chair of the Skillman Foundation, a $500 million endowment focused on improving the lives of children in Detroit.

In 2014, she co-founded Detroit Homecoming, an initiative to bring successful Detroit-area “expats” back to their hometown to re-engage with its revitalization.

In 2017, Mary was named to the Michigan Journalism Hall of Fame. She has honorary doctorate degrees from Alma College, Central Michigan and Eastern Michigan universities as well as Grand Valley State University and Walsh College. Her volunteer roles have included chairing the board at Grand Valley. Before joining the board at GVSU, she served on advisory boards at Wayne State University’s School of Business and School of Medicine.

She also was the first woman to be elected president of the historic Detroit Athletic Club, serving in 2003. 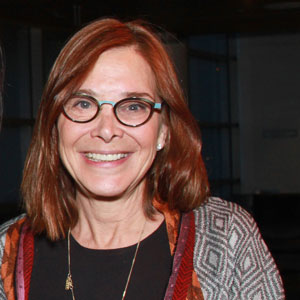 Sandi Reitelman is the co-founder and past President and Executive Director of Cabaret 313. While she stepped down in 2017 from her work running the organization along with co-founder, Allan Nachman, she continues her commitment as a Board Member. Sandi has a long history of work (both professional and volunteer) in the arts, which was preceded by first career in marketing and advertising. An alumna of the Columbia University Graduate School of Business, from which she received an MBA, Sandi also earned a BA in music. She was a Vice President, Account Management at Ogilvy & Mather in NY, where some of her clients included American Express and General Foods. Upon moving to Michigan thirty years ago, was a VP, Marketing Management at Ross Roy Advertising, consulting with all clients. She later worked for the Detroit Symphony Orchestra as the Director of Corporate Development, and has long been an Executive Committee Member and Board Member of the Great Lakes Chamber Music Festival. Sandi was also the Founding Chair of the Classical Brunch Series at the Birmingham Community House, has independently consulted with the Berman Center for the Performing Arts at the JCC, among other arts and marketing projects. Sandi has also been active at Temple Beth El, serving on its Board, and at Cranbrook Schools. She is married to Claude Reitelman, a retired pediatric urologist. Son, Lee Reitelman and his wife Deeva, are the proud new parents (and Sandi and Claude are proud new grandparents of baby Solomon Reitelman-Green.